And we are back with another edition of Juicy Shockers. Yes, I know its delayed but atleast it’s here. I have had a busy week at work and what was supposed to go up on Wednesday is going up now.

Anyways, today we have the magical Marcy Kate with us, who is a very helpful moderator over at the land of authors- AQConnect. She is represented by the delightful Suzie Townsend of New Leaf Literary & Media. Her current novel Monstrous  is a YA Fantasy, which is described as Frankenstein meets the Brothers Grimm. And we thought we were awesome! 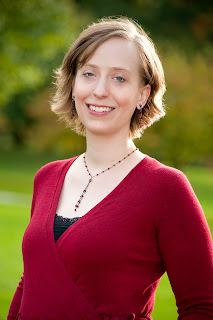 Now on to the questions! As usual Pineapple is Brighton and Lightning is Utsav and Magical MK is well...Magical MK.

Pineapple: Writer, composer, and arts administrator are a lot of things and incredibly complex. What’s your goal in life? We can totally understand if you say ruling the world.

Magical MK: My goals have shifted a lot over the years, but one thing has always remained the same: I need to be involved in creative stuff in some way, shape, or form. When I write books or music, I get to be the creator. When I work my day job (essentially, part of the admin team that gets performing arts on the stage), I’m part of a team facilitating someone else’s art. Both have their unique rewards and challenges.
I don’t really have a specific goal in life, mostly because life is a moving target and constant journey. You never really know where you’ll end up.  As long as I’m able to do my creative thing and still eat, I’m a happy camper. That said, I do have short-term goals, one of which (not surprisingly) involves getting to a point in my writing career where I can at least write part-time, not just on nights, weekends, and the train.

Lightning: It seems music composition is as much of a passion as authoring? How do you mix them? Are any of your novels about music/musicians?

Magical MK: It is! Though I must confess the composing has taken a backseat since I started writing seriously. For one, most of my music involves words in some way and I already wrote an opera in college. Transitioning to novels was only natural. And two, I’m much better at novel-writing than I am at composing music. Still love it, but I have  a better chance of making a career of writing. I’m completely fine with that :)
In my first novel (which someday I will rewrite entirely...) the main character is a siren whose magic is in her voice. Loved writing about the music and the magic in that one.

Pineapple: Do you gather playlists for each novel or do you compose songs for them personally or both?

Magical MK: I make playlists that capture the mood and tone for me and take me back into that storyworld. I’ve never actually written music for my own books before. Hmmmm.....

Lightning: The idea of writing a novel from the perspective of a monster is unique. What inspired Monstrous?

Magical MK: I wish I had an exciting answer for this, but the inspiration struck me while sitting in stand-still rush hour traffic.  My mind was wandering and the first line just appeared in my brain and I had to write down the first couple paragraphs of the book on my iPhone (they actually haven’t changed much since). The line was “I will never forget my first breath,” and for the rest of the night I couldn’t stop thinking about who would say that and why and what her story was.  Which made me a rather poor companion on the girls night out I was heading to at the time!

Pineapple: So many finished novels. Which one is your favourite (yeah, we ask hard questions) and will you return to the other novels after Monstrous?

Magical MK: Oh dear, that is a hard one. MONSTROUS has got to be my favorite. The MC totally charmed me when I was writing her story – hopefully everyone else will get to read about her too!
My next favorite is CONFESSIONS OF A TEENAGE CYBORG. So fun to write and it got a lot of interest, but sadly didn’t garner representation. I’m hopeful I can eventually go back and figure out how to take it from “good and fun” to “awesome and publishable”.  That and my first novel, which would require wholesale rewriting from scratch, are the ones I’ll most likely revisit.

Lightning: You are the master of contests. Anything special you do for contests which is different from querying?

Magical MK: I prefer the term “Queen of Contests” and it really depends on the contest itself. Some are judged on the query and first page, others on a short pitch.  The hard part was always preparing the right format/length of pitch to fit the contest!

Pineapple: Give us a fun fact about your agent. An evil one would do as well.

Magical MK: Well, she’s awesome and a dog person. I don’t think that’s a coincidence. She also missed her train stop when she started reading MONSTROUS the night she requested it. (Hopefully she doesn’t mind me sharing that too much! It certainly made my day :) )

Lightning: Our usual number 8. Who would you cast as the main characters in the cinematic adaption of your novel?

Magical MK: Um, this one is hard. I could see Kym being played by a younger Summer Glau or perhaps a younger, bad-assed Zooey Deschanel. Other than that, I’ve never really thought about it.

Pineapple: ‘Keep at it’ is definitely a message you embody for authoring. Any others?

Magical MK:  “Don’t do drugs,” “Crack kills”? Or perhaps just “Don’t give up and don’t take rejections personally.” You’re going to hear “No” far more than “Yes” and that can get difficult real fast. The worst thing (in my opinion) you can do for both your mindset and your career is to take them personally or too much to heart. Grieve a little for the rejections (and by little, I mean a day, two at most), then move onward and upward.  No, it’s not easy to do, but if you don’t, all that wallowing and negativity can bury your desire to write. And that would be a shame.

So, that concludes another edition of Juicy Shockers. Hopefully, we will be able to return to our normal schedule soon.

Signing off,
Pineapple and Lightning.
Posted by Utsav at Sunday, September 23, 2012